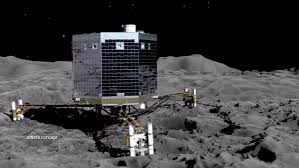 Q-3 Which Committee is associated with Board Of Control for Cricket of India?

1. State bank of India to shut down 204 branches of State Bank Travancore in Kerala-

(i) According to State Bank of India it will re-deploy the surplus employees.

(ii) There will be around 2500 surplus employees in the system after closure of SBT branches.

(i) World Health Organisation (WHO) declares Sri-lanka as malaria free on 5th of September.

(i) The informal title of new RBI Governor- Inflation Warrior.

(ii) He is the successor of Raghuram Rajan who left the office on 4th September, 2016.

(ii) She entered into Quarter final of US open by winning this title.

(i) As per the verdict of Supreme court for reforms, BCCI approached ICC to impede reforms.

(ii)  The recommendations were made by Justice Lodha Commitee.

(i) The name of the spacecraft is ‘Philae’.

(iii) It was found on a speeding comet with name-67P/Churyumov-Gerasimenko.

(iv) The announcement came from the scientists of European Space agency.